Oman: First Country in the Region to Produce Science-Based Assessments for its Shark Population

Muscat, Oman (ARAB NEWSWIRE) – Shark populations continue to decline due to unsustainable shark catch practices, including shark finning. Hence, as many countries begin to prioritize the importance of marine life protection and fishing regulations, Oman takes the first step to outline science-based shark catch assessments to further regulate shark catch and trade in accordance with the Convention on International Trade in Endangered Species of wild fauna and flora (CITES), with the support of the International Fund for Animal Welfare (IFAW).

In the Middle East and North Africa region, Oman will be the first country to carry a study in the direction of outlining a science based shark catch assessment known as “CITES Non-Detrimental Findings” (NDFs). Funded by the Shark Conservation Fund, and with the technical support of Save our Seas Foundation, the three-day workshop will start on 17 May in Muscat, Oman. 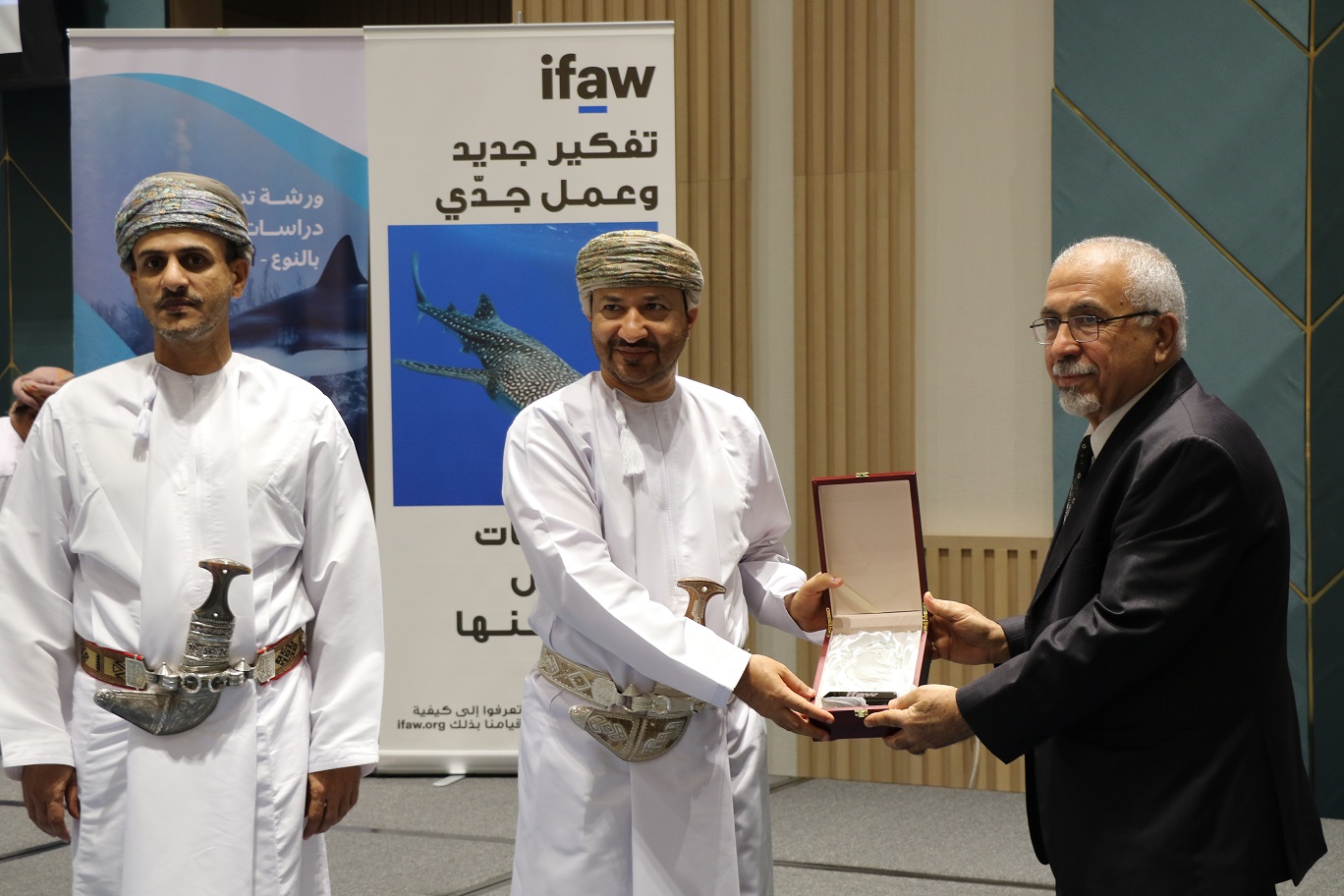 What are CITES NDFs?
CITES is a convention regulating the international trade in endangered species between countries, which are referred to as “parties”.

To regulate and systemize the international trade process, CITES designated “Appendix II” list for species which are allowed to be internationally traded for commercial purposes on the condition that it is regulated and its export will not be detrimental to the survival of that species in their natural habitats.

The decision on whether or not the export is detrimental will be determined by the Scientific Authority of the State of export based on the NDF assessment.

NDF is carried out through data collection, which is the core purpose of the NDF. Therefore, to complete the NDF, the data collected must comprise the biological characteristics of the species—breeding period, species count and survival, the pressure on the species in terms of catch and trade, and finally the existing laws concerning its protection.


What is the challenge in outlining NDFs?

Referred to as “non-detriment findings”, these are intended to ensure that exports of individual listed animals and their products and derivatives, have not harmed wild populations or ecosystems which they have come from.

Because the Scientific Authority of each CITES Party is responsible for making NDFs and determining how to do so, the Conference of the Parties (CoP) has not produced binding technical criteria for undertaking NDFs—in other words, NDFs are specifically tailored for each country and it is the countries responsibility to undertake it. Therefore, considerable effort has been made by some CITES Parties, inter-governmental organisations (IGOs), non-governmental organisations (NGOs), the CITES Secretariat and the CoP to develop non-binding general and taxon-specific guidance for making NDFs. This is where IFAW steps in.

IFAW in cooperation with the Environment Authority, and the Ministry of Agriculture, Fisheries and Water Recourses, will provide an outline to collect data and complete the NDFs assessment for the most caught shark species in Oman: the silky and bigeye thresher sharks. Participants including local authorities as well as on-ground expertise such as the National Marine Research Centre, and the Environment Society of Oman, will be participating in the workshop and take part in completing the NDFs. 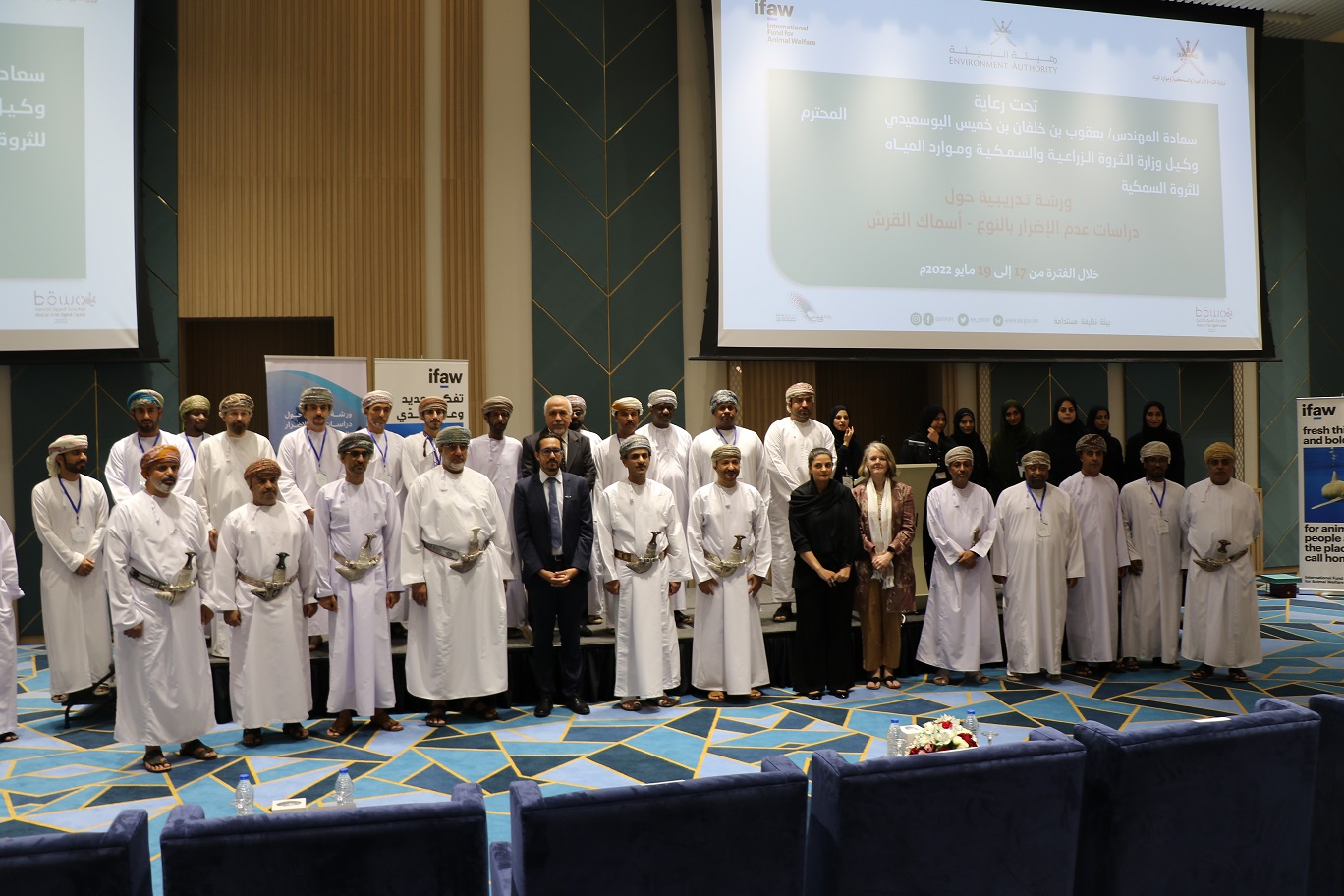 Group photo at the first NDF workshop held in the MENA region, in Muscat, Oman.

Why are NDFs important?

In the Arabian Seas alone, there are more than 30 different species of shark, and the majority need protection since three-quarters of the species studied are now threated with extinction according to IUCN criteria.

“To be able to protect species, we must know about them” says Akram Eissa Darwich, IFAW’s MENA Program Manager. He continues, “Undertaking NDFs in Oman will support the authorities in making the right decisions concerning trade which will ultimately save them”.

Undoubtedly, building capacity in this scientific route is a necessary step to combat wildlife trafficking, and those who will participate in this novice process will be fundamental in improving the national laws that regulate trade according to CITES.

IFAW is encouraging other countries to follow lead and begin working on their NDFs which will enable them to develop their national legislation based on scientific research that will ultimately protect more animals that are endemic to the country, and is considered to many, an invaluable national treasure.

Moreover, IFAW is highlighting the importance of neighbouring countries working together as many of the species are migratory and their protection would be impossible without the collective effort of the countries and their unity in the conservation mission. 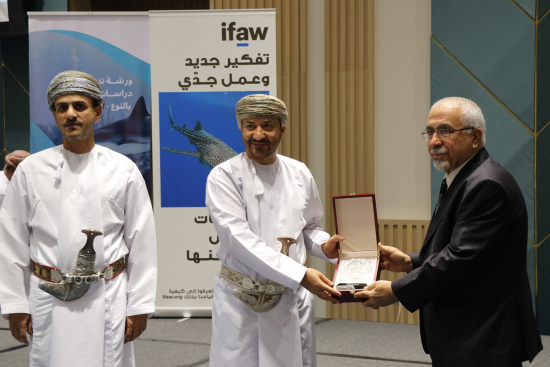 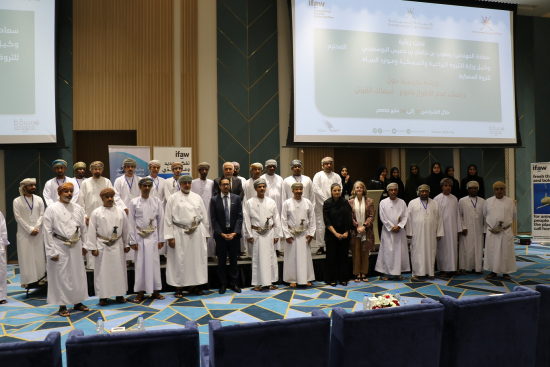 About the International Fund for Animal Welfare (IFAW) - The International Fund for Animal Welfare is a global non-profit helping animal and people thrive together. We are experts and everyday people, working across seas, oceans and in more than 40 countries around the world. We rescue, rehabilitate and release animals, and we restore and protect their natural habitats. The problems we’re up against are urgent and complicated. To solve them, we match fresh thinking with bold action. We partner with local communities, governments, non-governmental organisations and businesses. Together, we pioneer new and innovative ways to help all species flourish. See how at ifaw.org