– Professor Fred Karlsson and Lingsoft Inc. have brought out a book about languages in Finland during the era of independence published in Finnish, Swedish and English.

The Languages of Finland 1917–2017 published by Lingsoft and dedicated to Finland’s 100th anniversary is available free of charge as a web publication and an e-book. For its different language versions, visit:

While providing information on languages and language communities in the country during the era of independence, The Languages of Finland 1917–2017 also paints an accurate picture of the contemporary language environment.

The book demonstrates that all in all, 500 different languages are spoken in Finland today. The most widely spoken foreign language is Russian.

“If we applied the same rules to Russian as to Finnish and Swedish, Russian would already be an official language in Helsinki, Espoo and Vantaa. The main street in Helsinki would have a sign in three languages reading not only Mannerheimintie and Mannerheimvägen but also Prospekt Mannergeima in Cyrillic letters”, says Karlsson, who chairs the Finnish Society of Sciences and Letters, basing his claim on recent studies.

The idea of producing a jubilee publication highlighting the mix of languages in Finland to celebrate the country’s 100th anniversary as an independent state came naturally to Lingsoft, a company offering language solutions for the digital economy.

”In addition to linguistic traditions, it is also important to underline the challenges to education and communication that stem from the language mix of our times”, notes Juhani Reiman, Managing Director of Lingsoft Oy.

The book is a multimedia publication with sound samples of different languages.

Fred Karlsson was Professor of General Linguistics at the University of Helsinki from 1980 till 2012. He is an expert of language history in Finland, an internationally appreciated researcher of linguistics and a pioneer of the Finnish language technology field.  He is the chairperson of the Finnish Society of Sciences and Letters.

Karlsson is also known as the developer of a formalism called the Constraint Grammar and the author of a number of academic textbooks. His English work, Finnish – an Essential Grammar, has been translated into dozens of languages.

In 1986, Karlsson founded Lingsoft Oy with Kimmo Koskenniemi, Professor Emeritus of Language Technology at the University of Helsinki. 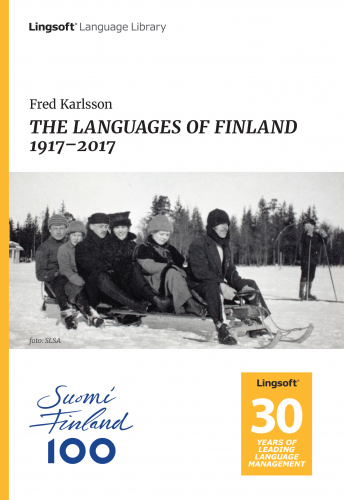 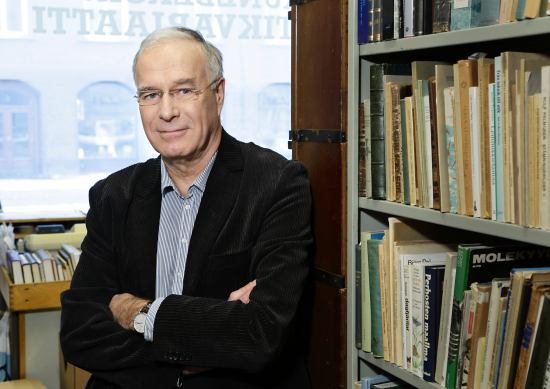 Lingsoft is the leading provider of language services and language technology solutions in Finland and Northern Europe. Lingsoft provides a comprehensive range of services and solutions for analysing, handling and managing both spoken and written language, such as translation services, programme subtitling services, text processing services, and search and discoverability services, as well as tools for writers and readers. Lingsoft's solutions are based on the company’s sentence and word analysis technologies that have become the industry standard worldwide.
www.lingsoft.fi