Since the dawn of time, mankind has been searching for the perfect aphrodisiac to enhance their sexual ability, experience and endurance. Before the age of pills, they resorted to nature's very own love potions, many of which are today sold by This is Nuts.

An aphrodisiac is a substance that increases a person’s sexual desire, performance or behavior. While the modern human is nowadays used to resorting to chemical solutions, our ancestors had a more natural approach to fulfilling their sexual needs and fantasies. We have picked out 6 (actually a little more) natural aphrodisiacs that can be bought from This is Nuts.

There are many reasons one would resort to sexually stimulating foods, such as low self-confidence, the lack of energy or health complications, as well as the urge to take things to the next level or just simple fun. No matter what your reasons are, we got you covered. 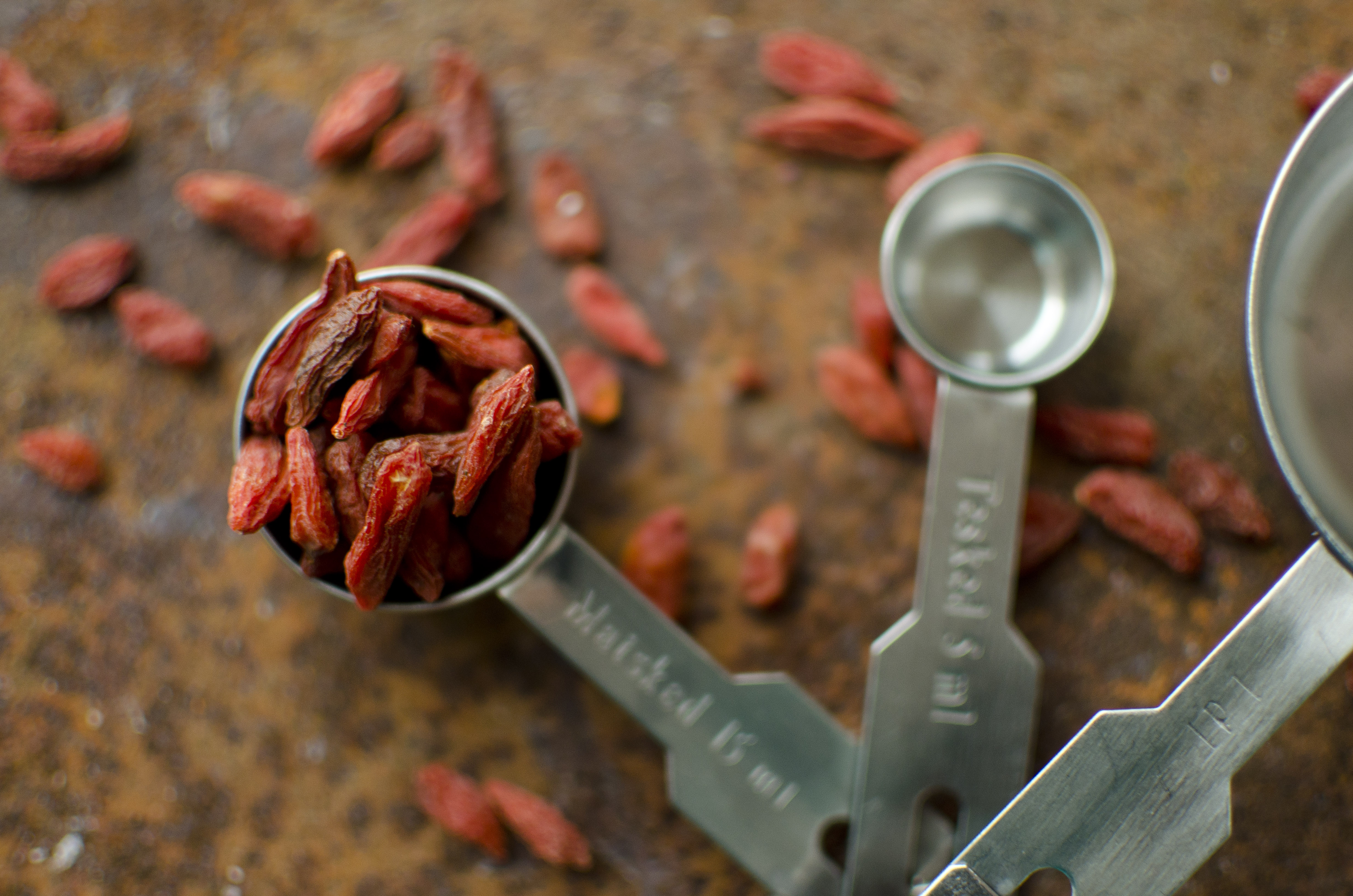 There’s an ancient Chinese proverb that says that “he who travels one thousand kilometers from home should not eat goji!”, hinting to the arousing effect the small chilli-shaped berry has. The secret behind the goji’s sexual stimulation is its ability to promote the creation of testosterone, the male hormone responsible for sperm production, and also affects the sex drive in both men and women.

Classified as a superfood, these little, red, tangy devils have been proven to be effective in treating erectile dysfunction in men, and menopause imposed vaginal dryness in women. I guess we can call it a sexual superfood.

We promise an occasion when these come out, so why not make a steamy, romantic occasion. The belief that licorice can intensify sexual arousal and libido can be traced as far back as ancient China, India and Egypt. Keep in mind that it’s also covered in creamy chocolate.

While some studies claim that the scent of licorice can deliver such a powerful and aromatic experience that it can alone increase the blood flow to the penis by a whole 13 percent, the black seducers contains considerable amounts of phytoestrogen sterols, which affect the levels of both sex hormones testosterone and estrogen. 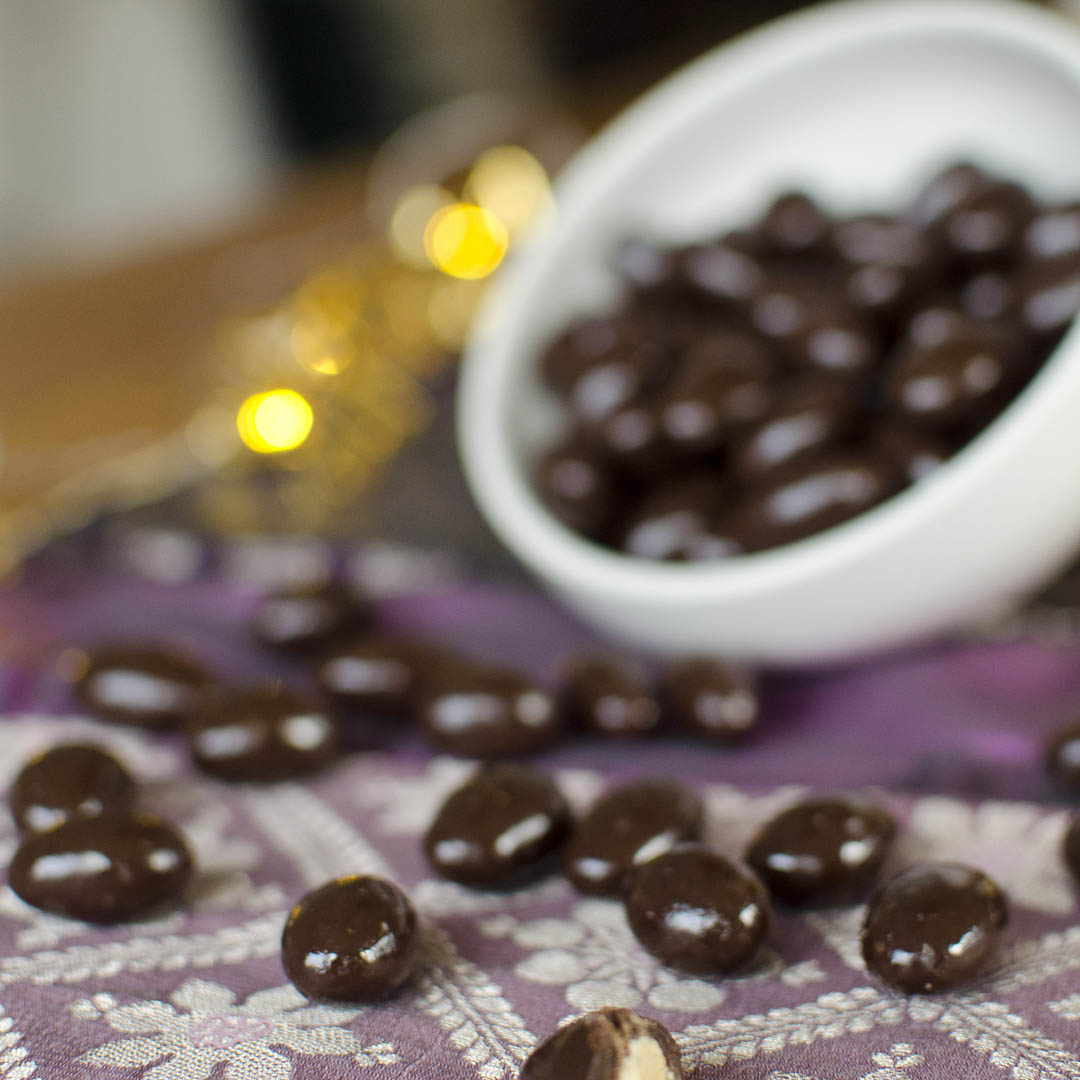 This luxurious treat is actually made of two popular aphrodisiacs, chocolate and almonds. By combining the two, we have unintentionally (or not) created a sexual super candy. Have you ever wondered why chocolate is gifted on dates and valentine’s day? The reason dates as far back as the ancient Aztecs and emperor Montezuma, who is said to have eaten large quantities of cacao beans to charge his sexual appetite.

Almonds also have a root in ancient sexuality and have for long been used as a symbol of fertility. Like the tiger nut, almonds are rich in omega-3 fats, which boosts testosterone levels, and are said to have a subtle scent that arouses passion in men and women.

Just like with Dark & Salty Almonds, we have mixed almonds with other popular aphrodisiacs in Smokin’ Hot Almonds & Perfect Cinnamon Almonds. The first is seasoned with spicy chilli flakes, which pumps up erogenous zones and makes them extra sensitive, while stimulating blood flow and increasing a person’s body temperature. The latter is rolled in cinnamon, which is relaxing and aromatic, which opens up senses and makes you feel cozy.

If the name doesn’t make you understand its power, then we will. Tiger nuts are very rich in arginine and omega-3, both of which are very powerful when it comes to stimulating blood flow even to the thinnest veins and arteries, like the ones in penises and vaginas. This is one of the reasons why tiger nuts increase arousal and enhances sexual experience.

Tiger nuts also have a considerable zinc content, which is one of the minerals that pushes your body to produce more testosterone, which we explained about earlier. In one study conducted by researchers at the Jordan University of Science & Technology, male mice who were fed tiger nuts in quantities for 30 days had higher testosterone levels, increased sexual activity, and took shorter rests between mating sessions. 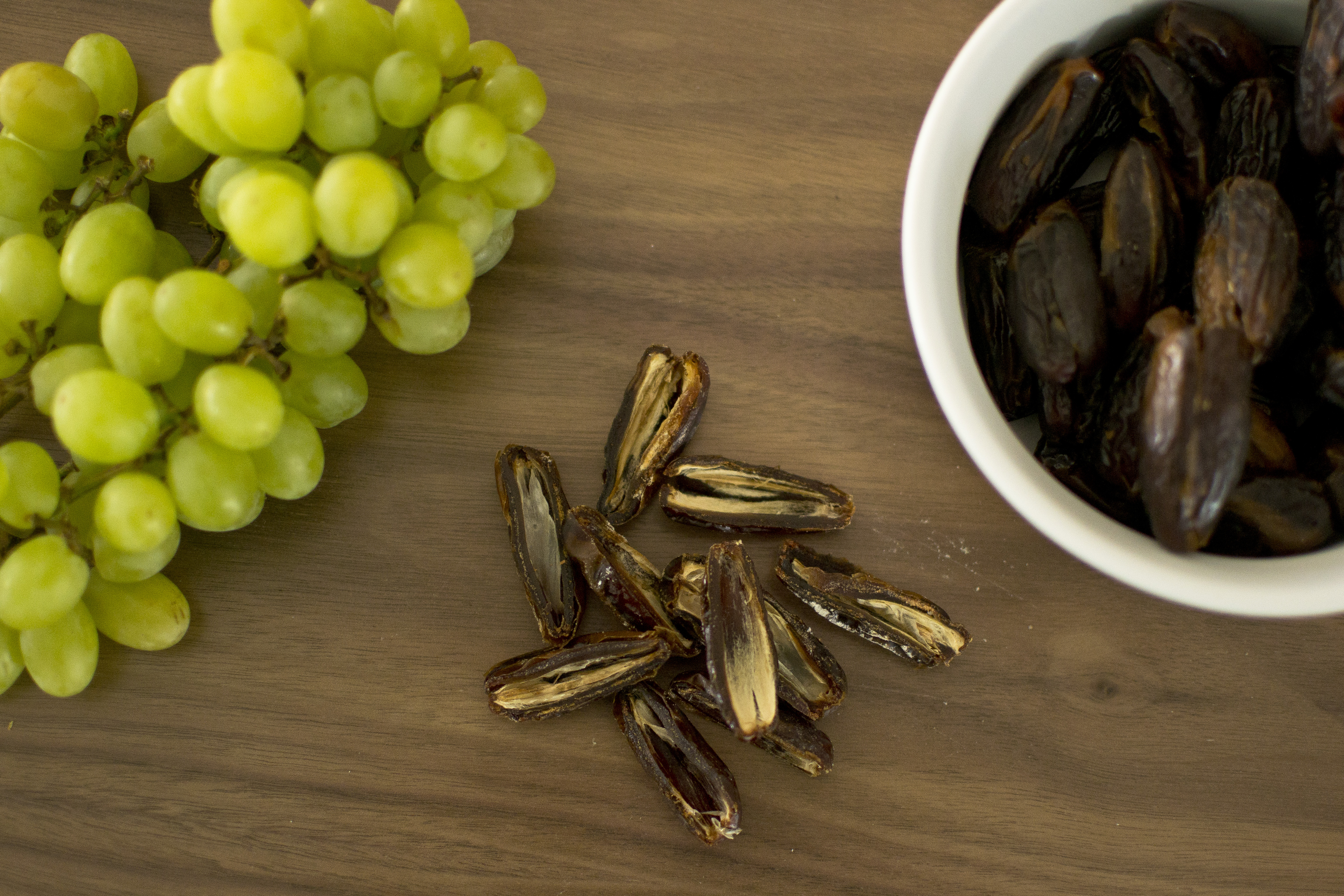 Dates are popular aphrodisiacs in Persian and North African culture, where they are prescribed to young couples as ice-breakers or a way to sexual encouragement. In Nigeria for example, dates are believed to increase the sexual energy of men, as well as the lubrication in women.

Much of these beliefs are quite rational if you consider their high energy value and nutrient content. However, even the texture, taste, and the very way succulent dates are eaten in can be very sensual by themselves.

Apricots have a long and sensual history as aphrodisiacs. The very flesh of it used to be mashed and rubbed on erogenous zones by Australian aboriginals, as they found both their flavor and scent arousing. Even William Shakespeare himself referred to apricocks (as they were once called in English) as sexual allusions.

However apricots have no secret ingredient, they are in themselves actually a bundle of sex vitamins and nutrients. They are rich in iron, folate, magnesium, zinc and the sex vitamin itseld, vitamin E, as well as energy-producing niacin. Who knows? A peach could be the key to getting lucky. 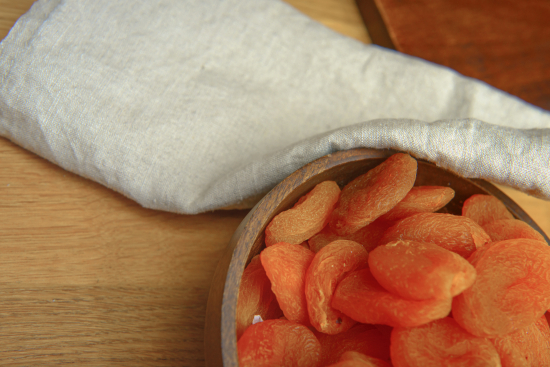 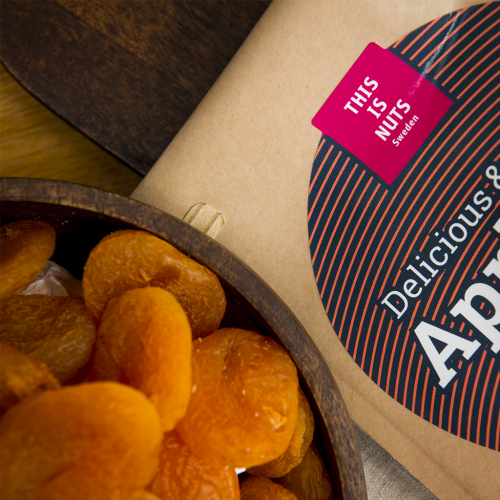 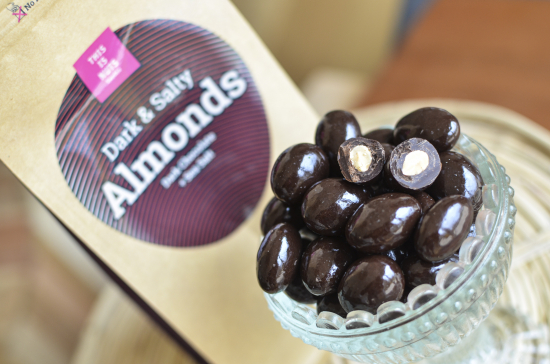 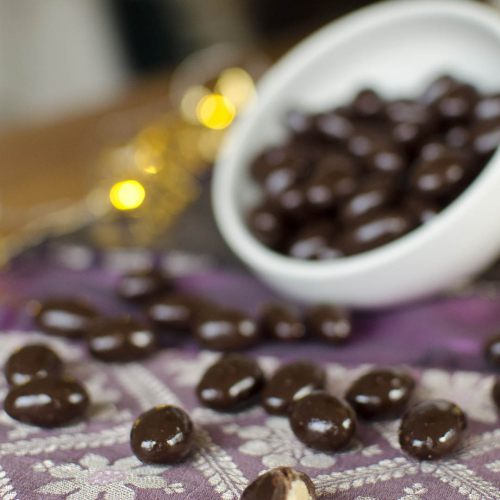 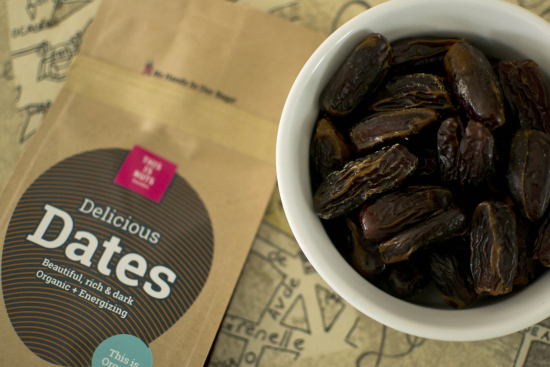 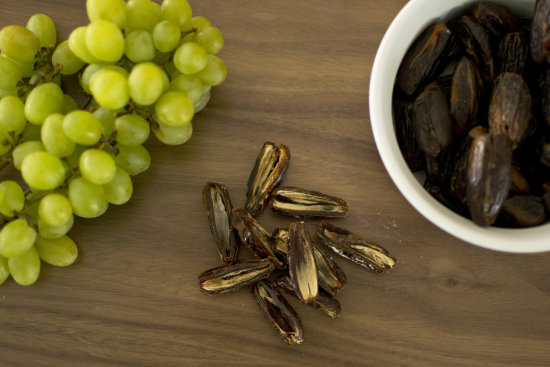 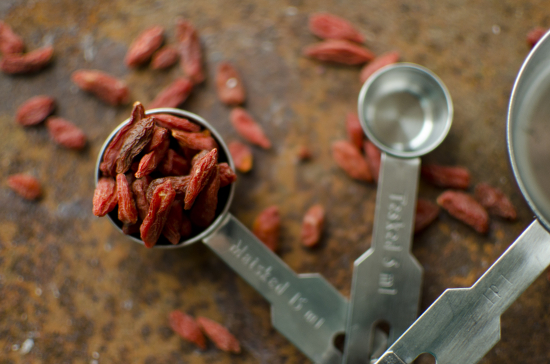 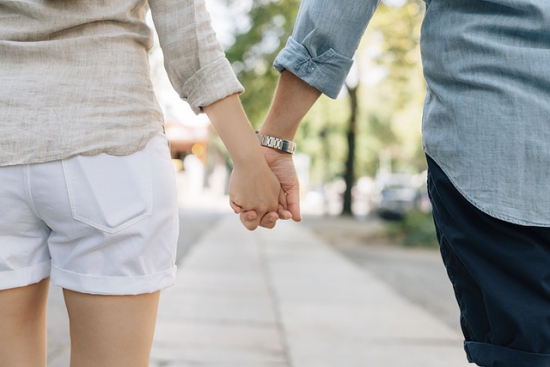 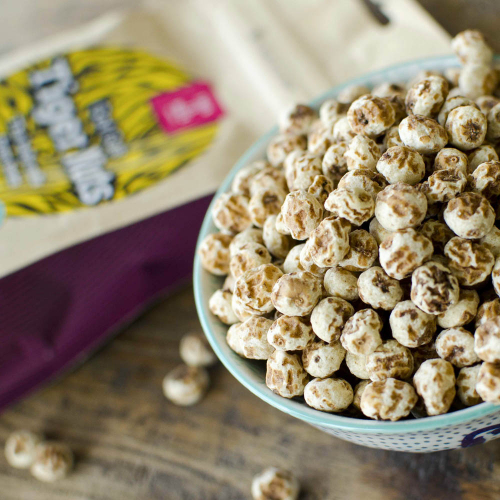 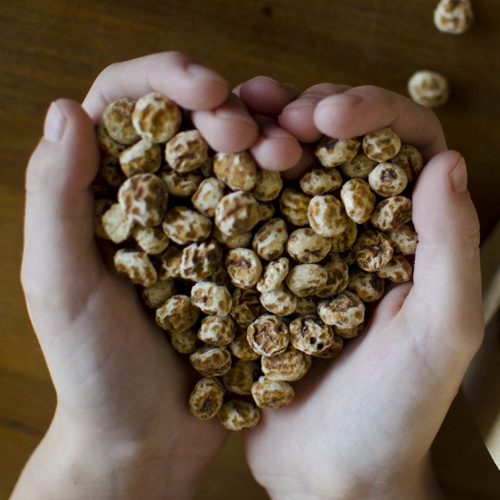