Something new for the EU - fair data economy high on the agenda of Finland’s EU Presidency beginning today. MyData is part of the story

Starting today, Finland leads the international conversation on the development of the ground rules for a human-centered data economy. The programme of Finland's EU Presidency published last Wednesday reads: "More work is needed to achieve a competitive, human-driven data economy by promoting the availability, interoperability and use of data, while also respecting the rights and privacy of individuals. Progress in this area is crucial, since the data economy provides the basis for developing digital services, digital business and new technologies, such as artificial intelligence.”

The Finnish view is that Europe’s data economy should pursue two goals in a complementary manner:

The discussion on fair data economy will happen around two events organised in Helsinki during the second half of 2019. One of them is a global MyData 2019 conference held on 25-27 September 2019, organized by MyData Global - an international non-profit headquartered in Helsinki. The conference is open to decision-makers, business, academia and activists working for human-centric approach to personal data. It is an official associated event of Finland’s EU Presidency. The discussion outcomes of MyData 2019 will feed into the invitation-only high-level conference on data economy organised by the Ministry of Transport and Communications on 24-25 November 2019.

“The aim of MyData is to harness the power of personal data in ways that benefit individuals, fuel innovative business, and help create a more equal society.” explains Teemu Ropponen, General Manager of MyData Global. “This is why it is a crucial element of fair data economy - because it protects the individuals’ rights to data about them, while boosting the creation of new digital services based on trust and data sharing.”

MyData breaking through on the political level

Born in Finland and promoted by a group of enthusiasts, MyData made it through to the country’s new Government Programme, published in June. It is expected that in 2019, MyData conference, organized for the 4th time, will trigger discussions on how to build more transparent, trustworthy and sustainable societies. A year after the introduction of the GDPR, these discussions are more relevant than ever.

“Data economy is one of the key priorities for the Finnish EU Presidency, and MyData is one of the issues the new government wants to work on, according to the recently published Governmental Programme. The MyData 2019 conference will contribute greatly to the conversation we have on the fair data economy and use of personal data here in Finland and in the EU”, outlines Maria Rautavirta, Director of Data Business Unit at the Ministry of Transport and Communications of Finland.

Trust is essential for a well-functioning digital economy

The topic of the conference is “Rebuilding trust – for human-centered data economy”. Some 1,000 policymakers, representatives of businesses and start-ups, researchers, activists and nonprofits will gather to work together towards more equitable ways to use and share data.

“Based on our research, 42% of Europeans say that a lack of trust towards service providers is preventing them from using some digital services. We need to act fast to regain that trust. MyData in tandem with Sitra’s project IHAN are proof that the change for the better has already started,” says Jaana Sinipuro, Project Director, Human-Driven Data Economy, at The Finnish Innovation Fund Sitra, the Main Partner of the MyData 2019 conference.

The conference full of action

MyData 2019 conference will feature over 100 speakers, presenting on 40+ sessions in 10 thematic track. The confirmed keynote speakers include Grammy award-winning musician Imogen Heap and Vice-President of the European Investment Bank, Alexander Stubb. Conversations will be boosted in the extended events organised by the European Commission, BBC, UNICEF, IEEE and the City of Helsinki. 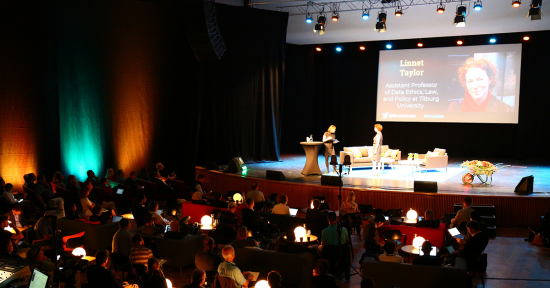 The MyData movement is steered by the award-winning international nonprofit MyData Global. It was founded in October 2018 and in eight months, over 80 organisations and several hundred members from over 40 countries on six continents have joined the association. MyData Global was one of nine organisations awarded by the European Commission with the Next-Generation Internet award, recognizes the most impactful European initiatives and individuals creating the human-centric, trustworthy and sustainable internet.

A Roadmap to a Fair Data Economy: www.sitra.fi/en/publications/roadmap-fair-data-economy

About MyData and MyData Global: mydata.org

Press release: MyData Global awarded by the EU Commission as one of the most impactful European initiatives shaping a new culture around Next-Generation Internet, for “Data as a human right”.

Join the discussion with the hashtag #MyData